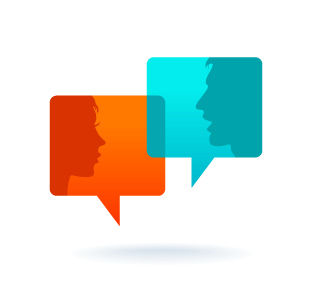 A new study shows that the use of statins could put you at risk of developing diabetes.

The use of cholesterol-lowering statin drugs could double your risk of developing diabetes, suggests a study conducted by researchers from the VA North Texas Health System and the University of Texas Southwestern, which was published in the Journal of General Internal Medicine on April 28.

Previous studies have shown a link between statin use and increased diabetes rates, but the new study is the first to show that statins seem to increase diabetes risk even in otherwise healthy people who are not predisposed to the disease.

“In our study, statin use was associated with a significantly higher risk of new-onset diabetes, even in a very healthy population,” lead author Ishak Mansi said. “The risk of diabetes with statins has been known, but up until now it was thought that this might be due to the fact that people who were prescribed statins had greater medical risks to begin with.”

The researchers examined the medical records of approximately 26,000 people who were enrolled in the military health system Tricare between October 2003 and March 2012. They used a particularly robust method of data analysis known as propensity score matching, in which 3,351 statin users were matched with an equal number of non-users who were very similar to them in 42 separate health and demographic variables. This is considered a particularly effective way of ruling out potential confounding factors.

The analysis showed that people taking statins had an 87 percent higher risk of developing diabetes. The diabetes that they developed was also more likely to be serious; statin users were 250 percent more likely to develop diabetes with complications than non-users.

The study is the first to show a connection between statins and diabetes complications. Confirming prior results, the analysis also showed that statin users were 14 percent more likely to become overweight.

The researchers also performed a more conventional analysis, directly comparing the roughly 4,000 statin users in the sample with the 22,000 non-users while controlling for certain known risk factors. This analysis found that statin users were more than 100 percent more likely to develop diabetes than non-users.

Both methods of analysis showed that the higher the dose of statins a person was taking, the higher their risk of obesity, diabetes and diabetes complications.

Don’t always reach for the Rennies!

In this months toolkit, more stress management techniques. Take a stress inventory by answering the following questions as honestly as you can.

If you’ve read our article on Autophagy, you’ll be aware of how fasting is being…

To see how I can help you

Book your Appointment with Andrea Today!